The company’s mission to help customers innovate their products is expressed in the motto: ENABLING FUTURE INNOVATION®.

The tradition of MICRORISC brand dates back to 1991, when it was founded by MICRORISC Technology. s.r.o, the first Czech manufacturer of remotely controlled car alarms with floating codes.

The present-day MICRORISC s.r.o. was founded in 1999 by capital restructuring of a group of production and trading companies MICRORISC and took over all the business activities of the holding. The production part was sold.

Since 2000, MICRORISC has been specializing strictly in research, development and distribution of electronic components and modules.

In 2003, the CEO Vladimír Šulc received the award for the fastest growing European distributor from President Fujitsu Hisashi Hirabayashi and in early 2008, the company has been ranked among the TOP 5 Fujitsu partners in the EU.

In November 2004, the first wireless transceiver module IQRF was introduced at the conference in the Spanish resort of Malaga.

In the autumn of 2003, MICRORISC became a direct representation (Sales Representative) of Microchip for Czech and Slovak markets. Thanks to the top support of our customers and partners, the Microchip turnover increased for several times in the first four years of market expansion. In the calendar year 2007, the threshold of 5 million USD was exceeded.

In 2010, the communication platform IQRF developed by MICRORISC in cooperation with the Brno University of Technology and the financial support of Ministry of Industry and Trade of the Czech Republic was awarded the Golden Amper for the most valuable exhibit at the international exhibition Amper 2010 in Prague from 705 participating companies from 21 countries. In 2013, the technology IQRF Smart House was awarded the honorary recognition Golden Amper.

The company MICRORISC ranked 1st in the competition UniCredit DHL Export Award in 2011 in the category Exporter of the region - Hradec Králové Region. The distribution network of Microrisc is spread throughout Europe and in 2011, the company significantly expanded its activities also outside Europe.

MICRORISC won the title of the Company of the Year of the Region Hradec Králové and the overall bronze place as the third best company of the year in the Czech Republic. 3315 companies entered the seventh edition of this prestigious business competition. Vladimír Šulc participates in conferences ICN and ICNS of the scientific association IARIA as a Keynote speaker on the topic of wireless MESH networks. In 2010 and 2012, he was awarded the Best Paper Awards for professional publications.

Česká hlava in the category Cena Industrie for the most innovative technology was awarded for a comprehensive technology for wireless communication IQRF. IQRF DPA protocol for easy creation of wireless products won the Embedded Award at the exhibition of electronics and embedded technologies embedded world in Nuremberg. Wireless technology IQRF advanced to the finals of Smart Metering Awards in the European conference and exhibition Smart Metering UK and Europe Summit, 2014.

In 2016 MICRORISC celebrated a quarter century. Together with the IQRF Alliance exhibited in international trade fairs electronica in Munich and Light&Building in Frankfurt. We organized an international IQRF Conference for more than one hundred thirty experts from around the world. We organized the IQRF Wireless Challenge II contest and IQRF IoT Hackathon. MICRORISC, tcp cloud and Protronix collected and processed data from CO2 sensors located around the whole venue of the OpenStack Summit in Austin 2016. MICRORISC supported Apropo and Kamarád associations and Children's Hospital in Jicin.

We founded a technological spin-off IQRF Tech s.r.o. in 2017.

MICRORISC won the most prestigious Czech award for science and research Česká hlava in the category Cena Industrie (2014), it also received the award the  Bronze Company of the Year and won the DHL Export Prize UniCredit - Exporter of the Region (2011). Wireless technology IQRF gained recognition in the Czech Republic and abroad - Embedded Award (2014), but also academic awards - IARIA Best Paper Awards for articles describing routing technology in MESH networks.

IQRF Tech s.r.o. (Ltd.) is a technological spin-off founded in 2017 by MICRORISC to improve world of real IoT solutions with the IQRF® wireless technology. IQRF technology with all patents, teams dealing with the development, research and sales of IQRF technology and products, originally owned by MICRORISC company, are now part of IQRF Tech company.

MICRORISC is a founder and a member of IQRF Alliance Ltd. The IQRF Alliance is an international community of developers, manufactures, system integrators, sales professionals, research and innovation centers, technical high schools and universities providing wireless solution for IoT and M2M communication. 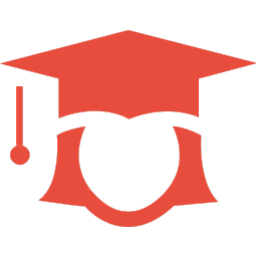 We connect business with education. IQRF Smart School is a network of schools that are special members of the IQRF Alliance. This enables students of these schools to meet the latest wireless IQRF technology during their studies and work on real projects together with professional companies in the Alliance.

"A prosperous modern company must be ready to help where they feel the need for help. In our MICRORISC, I can say that we help in troubling times such as floods, we consider it our duty. Also support of sports, students, youth work or handicapped children is our joy. We are pleased to help a good cause," Vladimír Šulc, CEO of MICRORISC.

Every year, we contribute to the activities of Jičín Association for the Disabled in the autumn charity event. It is always a great experience and a pleasant time spent during the event.

Race Zvičina  within the Czech Cup in mountain running is a unique and fun "match" and an opportunity to meet all the staff and friends of the company.

the student of the year

We hold a competition Student of the Year for outstanding high school students and organize the Czech Republic competition every year since 2011.

IQRF Smart School is a network of schools within the partnership in IQRF Alliance, which provides its students with advanced education in the field of wireless technology IQRF. Students of these schools have the opportunity to be at the birth of real projects, applications and devices used for the Internet of Things.

The international contest for the best application for wireless communication IQRF first took place in 2011/2012. In 2015 we announced IQRF Wireless Challenge II.

The competition in the creation of robots and their control takes place every spring at the Faculty of Electrical Engineering and Information Technology in Bratislava.

Currently there are no free job positions available. You may send us your resume for consideration.