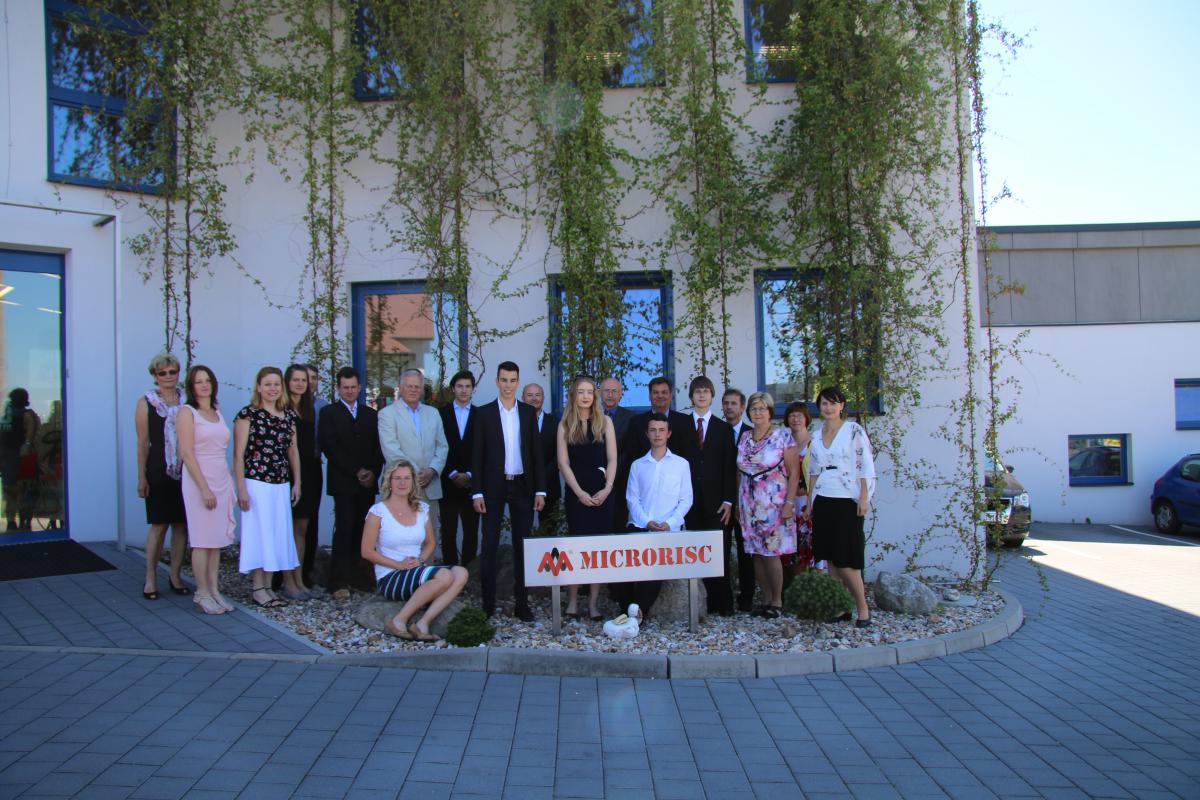 MICRORISC, founder of the IQRF Alliance and general sponsor of the IQRF Smart School program, organized a contest called The Best Student 2016 where the most active high school students and the most interesting projects were awarded.

Students from all over the Czech Republic fought for a title of The Best Student 2016. The winners are Lukáš Fiedler from Grammar School Jírovcova, České Budějovice, Tereza Kačerová from Grammar School Nad Štolou, Prague, Pavel Šafář from Secondary Technical School of Mechanical and Electrical Engineering and College Liberec and Boris Karavasilev from Secondary Technical School Brno, Purkyňova. The competition was attended by 108 students from 68 schools.

The final round was held traditionally in Microrisc headquarters in Jičín on 23rd June 2016. The finals was attended by distinguished guests and under the auspices of the Ministry of Education, Youth and Sports. Hosted by an actress Zdeňka Žádníková Volencová.

"MICRORISC works with talented young people on various projects. It's amazing to see their progress. Cooperation with high schools is implemented in the IQRF Smart School program. All of today's winners we keep our fingers crossed and wish them to what they like would be eventually their job," added Vladimír Šulc, CEO of MICRORISC.

This site uses cookies. By continuing to browse the site, you are agreeing to our use of cookies.